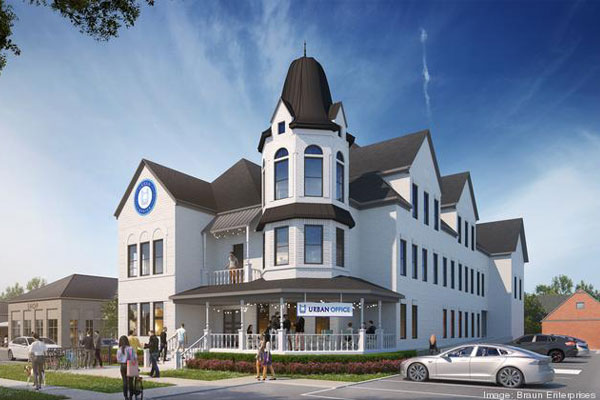 Houston-based Braun Enterprises is moving ahead with the latest additions to its growing portfolio of Urban Office developments, which aim to cater to smaller businesses looking for compact, amenitized workspaces.

Braun Enterprises President Dan Braun recently told the Houston Business Journal that the company has purchased properties in the Heights and in the Museum District. The two properties mark the first time Braun Enterprises has added standalone office buildings to its Urban Office portfolio and will bring the number of locations in Houston to nine. The company, which also is well known for redeveloping retail properties in popular areas of town, has several Urban Office locations in Austin and San Antonio as well.

Braun Enterprises' Urban Office product line is based on the idea that the city’s small-business owners want the same modern finishes and convenience that downtown offices offer but on a smaller scale and at a much lower price.

"The key to our targeting the properties in the Heights and the Museum District was walkability," Braun said. "They’re close to plenty of retail and dining options and will offer great amenities to smaller businesses."

The Heights building is located at 540 Heights Blvd., just north of Interstate 10.

The three-story, 17,000-square-foot Victorian mansion is being converted into what Braun Enterprises is calling the Heights Mansion Urban Office. When it opens early next year, the building will have 70 move-in-ready private offices ranging in size from 50 square feet to 500 square feet. The building’s communal amenities will include conference rooms; high-speed internet; kitchens on each floor with coffee, tea, filtered water and snacks; lounge areas; a mother’s room; outdoor workspace; a library; phone booths; and a printer.

"This was a perfect location for us to put an Urban Office because it is right next to Revival Market and across from Heights Mercantile," Braun said. "Everything you could need is right there: restaurants, retail, bars, entertainment, etc. And being on Heights Boulevard is really special."

Braun said the company has already begun renovations to the building. 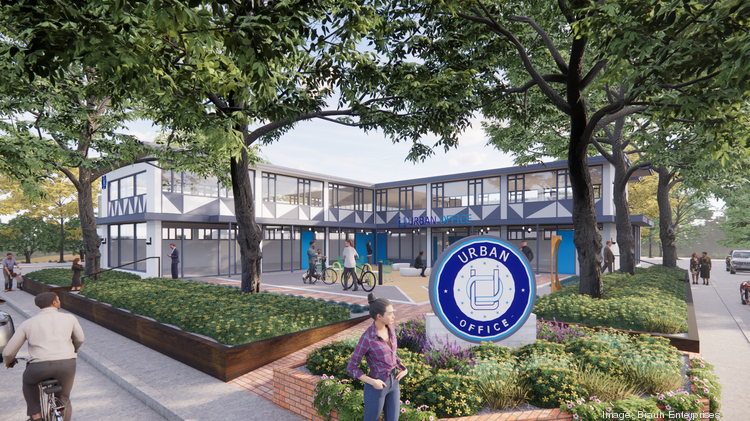 The two-story, 8,500-square-foot office building at 4900 Travis St. was designed by famed architect Philip G. Willard and was built in 1951. It will soon reopen as an Urban Office concept overseen by Braun Enterprises.
Courtesy of Braun Enterprises

Meanwhile, the Museum District location will be at 4900 Travis St., between Montrose Boulevard and Main Street. The two-story, 8,500-square-foot office building was designed by famed architect Philip G. Willard and was built in 1951.

When its renovations are completed later this year, the building will offer private offices ranging from 50 square feet to 2,000 square feet. Its community amenities will also include conference rooms; high-speed internet; a kitchen with coffee, tea and snacks; lounge areas; a mother’s room; outdoor workspaces; a printer; and a phone booth.

Alec Lapin, vice president of Braun Enterprises, said the company has seen a growing demand for smaller workspaces, particularly in the wake of the pandemic.

"We’re seeing demand from attorneys, marketing firms, nonprofits, IT companies — really a whole range of tenants," Lapin said. "Many of the companies that seek out our Urban Office locations either had larger offices and want to downsize or are people who realize that working from home just isn’t working for them."

Braun Enterprises announced the launch of its Urban Office concept last year with four locations coming to market. However, all of those locations had space reserved for retail outlets and were not fully dedicated to office space.

The company also finished up the build-out of Urban Office space on the fourth floor of its 53 West mixed-use building at 5353 W. Alabama St. near the Galleria as well as a space in Spring Branch Village at 8215 Long Point Road, which Braun acquired in 2019.

The goal of the Urban Office concept, the company said, is to provide high-end offices in a city’s hotspots so smaller tenants can find things to do before, during and after the workday without having to get in their car to drive somewhere.

Braun said the company acquired between 25 and 30 properties last year across Austin, Houston and San Antonio for its Urban Office portfolio.

And Braun Enterprises isn’t stopping there. The next property the company is targeting is near Greenway Plaza on Buffalo Speedway, Lapin said.

"We’ve seen a great response to this concept, and we want to continue to provide our tenants with Class A locations and Class A service," Braun said.