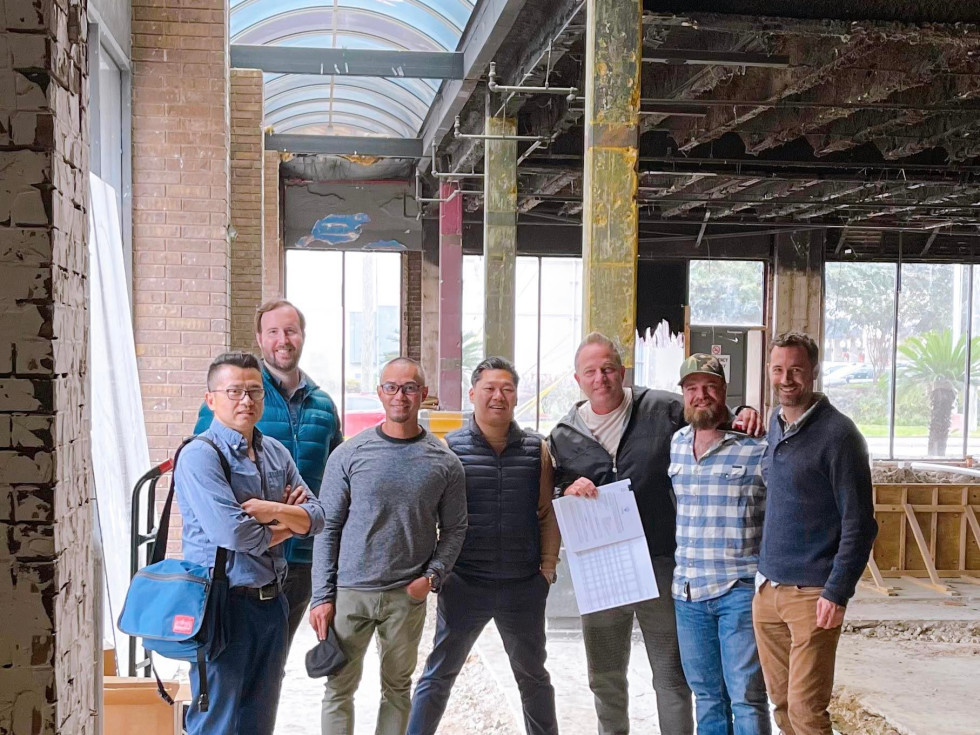 The plan to open a new food hall near the Galleria is back thanks to a new ownership group that’s determined to bring the project to fruition. Roveen Abante and Chase LoVullo have partnered to become the franchisees and operators of the Conservatory food hall that will open in the former Roxy nightclub space.

Both Abante and LoVullo are Houston nightlife veterans who have been involved in a number of successful concepts. Previously, they both contributed to the opening of Pour Behavior, the popular bar and restaurant in Midtown.

First announced in late 2019, Conservatory Galleria builds on the legacy of first Conservatory that opened downtown in 2016 and is currently operated as Underground Food Hall by different ownership. After being delayed the pandemic, the project is now scheduled to open in the spring. Plans call for 11 food vendors and three bars, including a mezzanine-level wine bar and a new rooftop patio that will connect to the building’s parking deck.

After speaking to Conservatory co-owner Anh Mai about investing in the project, Abante and LoVullo tell CultureMap they saw an opportunity to become franchisees who could bring the concept to fruition more quickly than Mai and his partners could on their own. Given the number of offices, apartments, and hotels nearby — all with people who might appreciate a food hall’s casual atmosphere and diverse roster of vendors — they see the potential to be busy.

“Chase and Ro were highly recommended by people we know,” Mai adds. “I’ve known of them for awhile .They've done well in other places.”

Towards that end, they’ll learn the procedures Mai and his partners have used to evaluate vendors for their other projects that include the original Conservatory, downtown’s Bravery Chef Hall, and the recently opened Railway Heights Market. Abante adds that Mai has already provided almost 50 potential candidates for Conservatory Galleria’s 11 spots. They’re beginning to schedule tastings to evaluate which businesses will be included in the opening roster, but having a diverse mix is important.

“It’s a very international crowd down here,” LoVullo says. “Our food will be Latin to Persian to Asian [and more], a little bit of everything.”

In addition, the operators plan to provide customers with a way to order delivery from multiple vendors via third party apps. A dedicated pickup area will expedite the process and help ensure orders arrive quickly.

In terms of design, they’re working with architect John Tsai of JT ARC Studio. Plans call for plenty of greenery along with outdoor seating on both the first floor and the roof.

“Roveen and Chase are very well respected and great operators, and we at Braun are very excited to have them take over and get open,” Simon Ha, director of leasing and brokerage for property owner Braun Enterprises writes in an email.

If the plan proves to be successful, it could pave the way for other Conservatory franchises in different parts of Houston and or even other cities.

"If a developer wants to inquire about an opportunity with Conservatory, we’ll give them the information about the onboarding process, training, giving them the playbook of what vendors to pick," Abante says. "If other companies want to do it in Austin or Dallas, we’ll work with them."