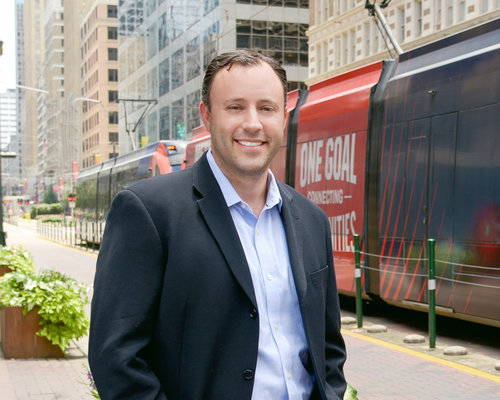 Houston-based Braun Enterprises recently launched an office product offering that aims to meet the growing need for compact, amenitized workspaces where small businesses can set up shop - a need that company President Dan Braun said has only become more essential in the wake of the Covid-19 coronavirus pandemic.

Braun Enterprises’ Urban Office product line is based on the idea that the city’s small-business owners want the same modern finishes and convenience that downtown offices offer but on a smaller scale and at a much lower price.

“A lot of smaller companies may only have a handful of employees,but those employees want to be able to walk downstairs to a restaurant or to do some shopping without having to get into their car,” Braun said. “That kind of convenience is something every employee wants. But you don’t really find that in a small-office setting.”

To achieve that kind of convenience, Braun Enterprises has acquired office properties in the city’s urban hotspots, with the intent of reserving the first floor for retail and restaurant space,while the upper floors are divvied up into modestly sized office spaces. The sweet spot for the spaces offered under the Urban Office brand is between 250 square feet and 2,500 square feet, Braun said.

“These are not common-area, coworking-type offices,” Braun said.“These are hard-walled offices where people can get set up with the amenities right there.”

And the company is already building out four office buildings in the greater Houston area using that format.

Braun Enterprises acquired two buildings on 19th Street and 20th Street in the Heights, which each have 10 office spaces. Together, 629 W. 19th St. and 535 W. 20th St. account for about 20,000square feet. The Harris County Appraisal District valued the two properties at $650,565 and $1.8 million, respectively.

“Those buildings are in a great area that is surrounded by restaurants and other retail stores,” Braun said.

Braun Enterprises is also finishing up the build-out of the fourth floor of its 53 West mixed-use building at 5353 W. Alabama St. near the Galleria as well as a space in Spring Branch Village at 8215 Long Point Road, which Braun acquired in 2019

“We’re already getting leases signed,” Braun said. “We have multiple tenants signed on for both of those locations.”

Rather than dedicating space to an on-site coffee shop like many buildings do, Braun said he’s letting the location do the work for them. All of the Urban Office locations the company has are within walking distance of restaurants or coffee shops or have them on the first floor.

Because Braun owns the properties that house Urban Office locations, the company controls which amenities are part of the same property.

For example, at 53 West, which has retail on the ground level,tenants will be able to get coffee, pick up their dry cleaning, eat lunch, get a haircut and go to a happy hour after work all without getting in their car.

“There’s not a lot of bells and whistles in the offices themselves,” Braun said. “But because we’re doing this kind of build-out in great locations, we can charge a premium over a typical Class B building.”

By the end of the summer, Braun expects his company will have more than 150 Urban Offices, totaling 70,000 square feet.

Previously, Braun Enterprises acquired an office building north of San Antonio's downtown area and rebranded it as Century Heights. As an experiment, the company reserved 15,000 square feet of that building for smaller speculative office build-outs, putting in a total of 35 Urban Office units.

“We didn’t put in a fancy coffee shop. We found a great building in a great location, and the tenants really responded,” Braun said. “We’ve already leased all of those offices and are doubling the number of offices we’re going to put in.”

To lead the Urban Office product line, Braun Enterprises hired Alex Lapin to serve as vice president of the division. Prior to joining Braun Enterprises, Lapin had been an analyst at JPMorgan Chase & Co.

Lapin said he expects interest in smaller office spaces to take off in the wake of the pandemic, even amid the high office vacancy rates across Houston.

“The demand is there,” Lapin said. “Because the pandemic resulted in many people losing their jobs, people are going to want to be entrepreneurial. They are going to want space that is convenient, that is move-in ready and that has access to amenities.”

Braun added that he sees smaller, flexible office spaces as part of the solution to the city’s looming vacancy-rate problem.

“It’s a lot easier to find a lot of smaller tenants than to hold out for a single tenant who wants to lease 25,000 square feet on an entire floor of a building,” Braun said. “You can also get more per square foot if you offer a smaller space because with larger spaces you have to cut a deal to make it attractive. We see this as a real opportunity going forward.”