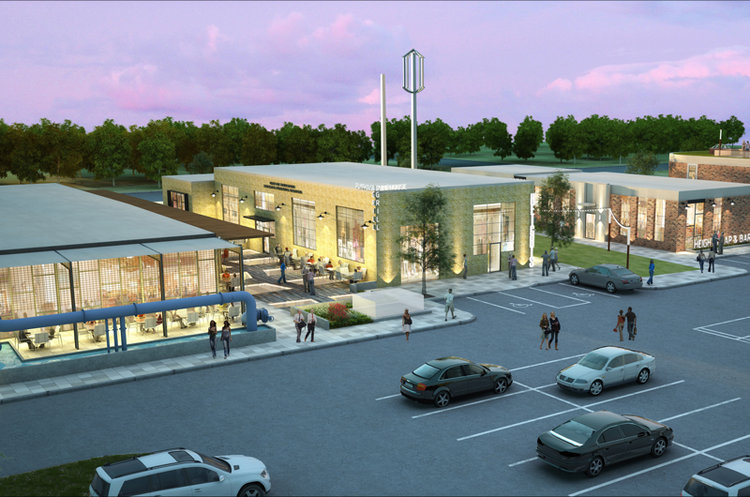 For the last few months, rumors have been circulating that Common Bond, the acclaimed Montrose bakery and cafe, would be expanding to at least one additional location.

Those rumors are true.

Common Bond will occupy the space that had been slated for Dallas-based coffee shop Ascension, which will no longer be opening at the development. Josh Jacobs and Jamie Weaver with EDGE Realty Partners represented Common Bond in the transaction.

Braun Enterprises owner Dan Braun tells CultureMap that he’s had a long history with Common Bond. He grew up with the bakery’s founder, chef Roy Shvartzapel, and has been a fan of Carrabba’s as both a diner and successful business.

“We think incredibly highly of the Carrabba team, to the point that I’ve brought young restaurateurs to meet with Johnny and his team in the past for guidance,” Braun writes in an email. “In our estimation, Johnny is one of the best restaurateurs in the country. Bringing Common Bond will help facilitate our vision of this project being something special that the neighborhood will enjoy for generations.”

Since the project is still early in the stages of creating the new location’s design, Carrabbas president Hieu Nguyen tells CultureMap that the company isn’t ready to commit to a firm timeline for when it might open. Still, that Carrabba's is ready to move forward with a second location is a testament to the company’s success in integrating the bakery into its portfolio since acquiring it in December 2015.

“People come to the cafe on Westheimer, and they really enjoy themselves,” Nguyen says. “Our goal is to produce more to serve more people on a consistent basis and show we serve a great croissant and a great chocolate walnut cookie and great artisan bread.”

Over the last year or so, Common Bond has expanded its hours to include dinner service and improved operations so that it maintains inventory throughout the day, because nothing is more frustrating than a croissant craving that goes unfulfilled. Customers can even order custom cakes and other items that were not available when the bakery first opened.

"First of all, when we bought Common Bond, there was a learning curve," Carrabba says. "Common Bond’s not a hot dog stand. It takes time to figure out. It’s been two years since we bought it, and we moved very slowly, because we had to get the concept where you could grow."

Carrabba emphasizes that he aims to grow the concept slowly, based on having the right people in place. The company chose The Heights for a second location, because it feels like the area's residents will appreciate its offerings.

“With the team we have in place now, we’ve been able to extend our hours and not only keep the original recipes but add variety to it,” Nguyen says. “I think we’re in a really great place right now with our team and our leadership.”

Construction has begun on the site with the first tenants slated to open in the fourth quarter of 2018. Braun adds that the project still has one building available, but the company is being “extremely selective” in order to find “the right complement to the existing tenants.”

The Heights remains Houston’s hottest neighborhood for new restaurants. As long as places like Common Bond continue to see opportunity there, that won’t change any time soon.