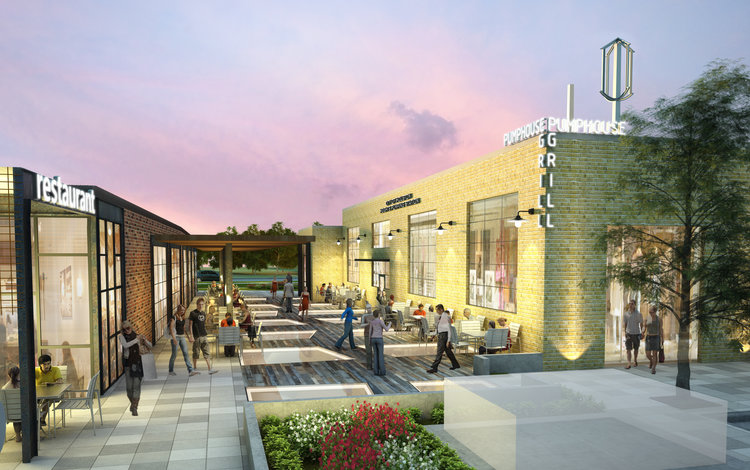 Over the past few years, the number of restaurants in The Heights keeps growing. A neighborhood that once only had a few dining options now offers choices to suit almost any taste.

On Tuesday, one of Houston’s most popular food trucks revealed that it’s joining the growing movement. Ripe Cuisine, the vegan truck from chef-owner Stephanie Hoban, announced on Facebook that it will open a restaurant at Braun Enterprise’s Heights Waterworks development.

For Hoban, it’s a natural evolution of the concept that has grown steadily from a food blog devoted to vegan recipes, into a stand at the Urban Harvest farmers market, and ultimately, a food truck that serves what Hoban calls “healthy, plant-based cuisine.”

After earning a devoted following for her truck, Hoban says she began looking for a permanent space about a year ago; ultimately, she decided that the Waterworks offers the right mix of features. It will join already announced tenants Hopdoddy and Dallas-based coffee shop Ascension at the development. Todd Moseley with Moseley Commercial represented Ripe in the transaction.

“I always knew parking was a big thing for restaurants. It’s one of the things my customers said to me. That in some ways narrowed Montrose out of the search,” Hoban tells CultureMap. “Nothing quite had the mix of a great physical address being on 19th Street, being on a bike trail, knowing a lot of my customers live there. The other thing I like is how unique the space is. How they were going to update it but keep some unique features. It just seems like a really great addition to the Houston landscape, and it’s exciting to be a part of it.”

Braun leasing director Zach Wolf tells CultureMap that the company was "blown away" by Hoban. The company thinks it's a good fit for the neighborhood. "The Heights is the perfect location for her proven concept which she has developed through a successful food truck operation.  The patio will open up to the Heights Hike and Bike Trail which will invite the community into the development," Wolf writes in an email.

When she first started, Hoban says she heard from lots of people who doubted that Ripe could be successful in a meat-loving city like Houston. She explains that the key to the truck’s success is thinking of dishes that have appeal beyond dedicated vegetarians or vegans by using a varied mix of ingredients (not just tofu) and the right amount of spice.

“Most of my customers are not vegetarian or vegan. They eat an omnivore diet,” Hoban says. “They’re comfortable skipping meat for a meal, or they’ve had my veggie food and it’s just that good. I think people underestimate the market.”

Moving from a truck to a brick and mortar will allow Hoban to expand her menu while still utilizing local and seasonal produce from places like Lavende Farms, Gunnderman Acres, and Animal Farm. Her plans call for serving a mixture of plated entrees, wraps, "bowls," appetizers, and bar snacks during lunch, dinner, and brunch. The restaurant will also offer beer and wine.

With renovations to the Waterworks already underway, Hoban estimates her restaurant will open in the late summer or early fall. Until then, the Ripe truck will maintain its schedule of attending three farmers markets each week and serving dinner on Thursday at Black Hole Coffee Shop in Montrose. She also recently added weekday lunch service at the parking lot next to Goodnight Charlie’s.