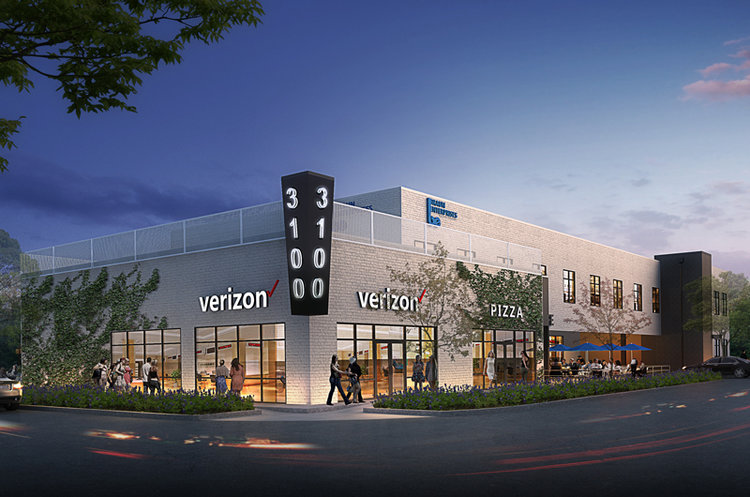 The 16,021-square-foot building at 3100 Fannin, at the northwest corner of Elgin, represents the latest of more than 30 inner Loop redevelopments for the Houston real estate firm. The project includes offices on the second floor and retail on the first.

Alan Pike, franchise owner of unisex barbershop Bishops, plans to open the first of three Houston locations there around June. Established in Portland, Ore. in 2001, the chain aims to provide an experience, with things like local art, cutting edge music and free beer, along with hair cut and color services.

Being in a building that preserves Houston's past will add to that experience, Pike said. The 3-acre Midtown Superblock Park and upcoming Whole Foods/Pearl Midtown apartments at 3120 Smith are nearby.

"I wanted an urban location, near where Houston is reinventing itself into a walkable, neighborhood oriented community, served by rail and where there is a wide age range of customers - teens, adults, older adults - all from different countries, backgrounds, religions, orientations, etc.," Pike said in an email.

James Namken and Brett Levinson with Weitzman represented Bishops in the lease. The next locations will likely open in the downtown and Heights/Washington Heights areas in late 2018 or early 2019, Pike said.

Verizon, which has started building out its store, was represented by Jeff Hayes and Caroline Daggett with NewQuest Properties in the lease. Dan Wirtz with The Windsor Realty Group represented Title Boxing Club.

Braun Enterprises firm will relocate its headquarters to a portion of the upstairs office space, where 5,114 square feet remains available for lease. It's targeting coffee shops and/or upscale cocktail bars for the remaining 1,020 square feet of retail space.

The company will move from another redevelopment at 3217 Montrose. It sold that building, which houses Snooze restaurant, in 2014 shortly after finishing the project.