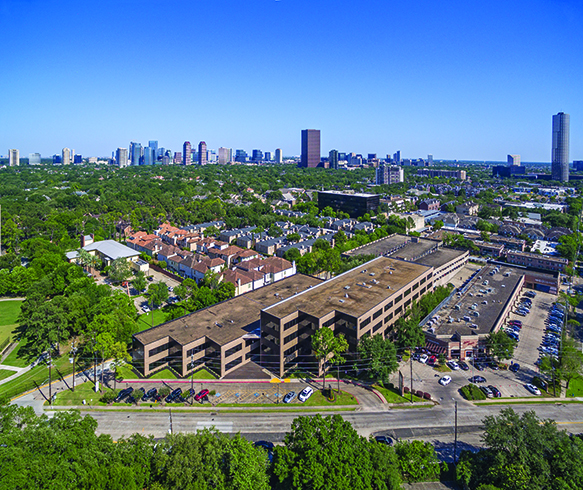 Braun Enterprises, a Houston-based developer that primarily focuses on inner Loop retail restoration projects, acquired an office property in the Galleria area and plans to significantly renovate the building.

"It is very rare to find such a great asset in the Galleria," Zach Wolf, director of leasing at Braun Enterprises, told the Houston Business Journal. "We felt there is significant demand for small office space in this market and with a vacant third floor in the west building, we can create a new, cool work environment for the neighborhood."

Back in November, the HBJ reported that Braun Enterprises was under contract on the then-undisclosed property. Dan Braun, president of the Braun Enterprises, said the company will develop creative office space on the vacant third floor that should wrap up by summer 2018.

Suites in the creative office space will range from 150 square feet to 5,000 square feet, Wolf said, and will include amenities such as a coffee bar and putting green.

"We feel there is significant opportunity to upgrade this Class B asset, which is (situated) in a Class A location," Wolf said.

This is the first office building that Braun Enterprises has bought since 2013, when it acquired the 708 Main historic office tower in downtown Houston. The company sold that building to Lionstone Investments in 2015, Braun said; since then, Midway completed significant building renovations, and WeWork has signed an 86,000-square-foot lease at the property.

Braun Enterprises is also underway on a major project for the Heights. In June, the company acquired the historic Heights waterworks property and plans to turn the property into a collection of four freestanding restaurants, a new 5,000-square-foot retail building and a lawn area.