New Kind Of Pho Restaurant Planned For Garden Oaks, With Fast Delivery, Too 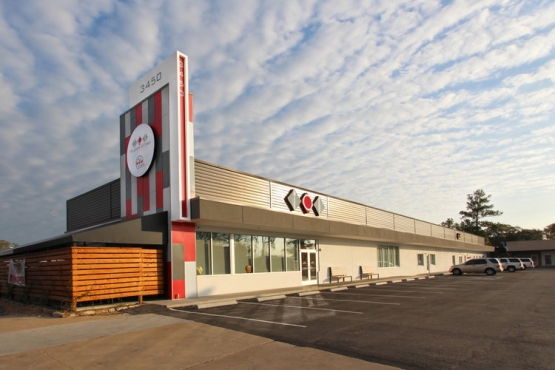 The proprietor of a popular Washington Avenue late night spot has a plan to deliver a new twist on one of the city’s favorite dishes.

Huang tells CultureMap that opening in the Garden Oaks/Oak Forest area seemed like the right fit both for the concept and for him personally.

“I like the residential feel to it. It’s not crazy like the Heights,” he says. “I have gone into Oak Forest a lot, and I liked it. When I found that spot, it was a good time for us to do it.”

Just as Ninja Ramen serves an Asahikawa-style tonkotsu broth that’s different than other versions of ramen served around town, Flying Pho will serve a different style of pho than what's found at other Vietnamese restaurants in Houston. This northern, Hanoi-style pho features a lighter, less heavily spiced broth that isn't as sweet as the southern, Saigon-style Houstonians eat every day.

Huang notes that this new-to-America take on pho has become popular in California as restaurants in Los Angeles and the Bay Area are jumping on the trend, but Flying Pho will be the first Hanoi-style pho restaurant in Houston that he's aware of.

"Northern pho is the original pho,” Huang tells CultureMap. One thing diners will notice is that Hanoi-style pho is served without all the accoutrements provided at other restaurants. “No plate of veggies, no hoisin sauce, or sriracha; it’s just a solid broth, the noodles are a little thicker. The broth is a little less sweet.”

Northern pho also offers fewer meat choices than its southern cousin. Instead of offering options like tripe, tendon, and meatballs, Flying Pho will concentrate on filet mignon. The menu will also include fried egg rolls and Malaysian-style coffee buns that Huang says he became addicted to when he spent a year living in Asia. Prices have yet to be finalized, but Huang expects a bowl to cost about $10, which makes it more affordable than a labor-intensive bowl of ramen.

As the name implies, delivery will be integrated into the concept, with the restaurant employing its own drivers. Similar to concepts like Pizza L’Vino, diners will be able to order beer and wine (sherry pairs well with pho) with their soup. Weekend delivery options will include a hangover package complete with Pedialyte and pain killers or a hair of the dog option with beer.

Because he loves a good pun, Huang says he’s developing a system that will allow customers to order by texting the restaurant with a silly phrase.

“I want to be the first restaurant where people can text ‘send noods.’” Huang says with a laugh. “Mainly, I just had a lot of puns in my head, and I wanted to open a business.”

Huang wants to turn the other obvious pun — “I don’t give a flying pho” —  on its head with an innovative charity program he's calling “I do give a flying pho.” Every time customers buy a bowl, they’ll be offered the chance to buy a second bowl for a lower cost (probably $3 or $4). Flying Pho will use those funds to make a weekly batch of soup that it will donate to a local soup kitchen or shelter.

Ninja Ramen’s unusual broth, low-key atmosphere, and extensive selection of well-priced Asian whiskeys has made it a popular spot with Houston’s restaurant industry. With Huang’s quirky sense of humor and attention to detail, Flying Pho could achieve a similar level of success.