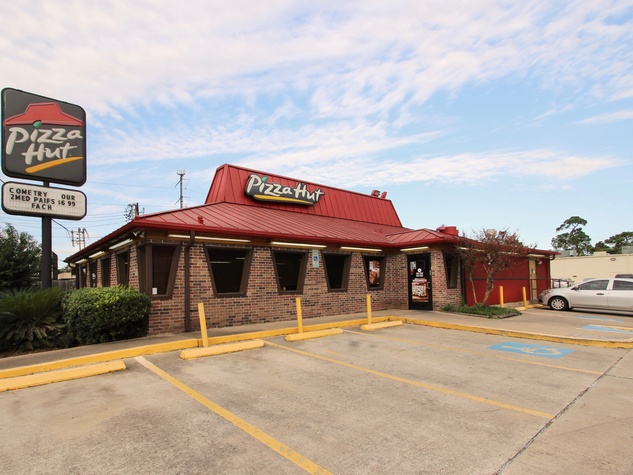 One of Houston’s most beloved neighborhood restaurants will have a new location. Briargrove staple La Vista is heading to Lazybrook/Timbergrove, owner Greg Gordon tells CultureMap.

Gordon announced in December that, after 19 years on Fountain View, he had chosen not to renew his lease and would seek a new location for the restaurant that’s known for its Italian-inspired cooking and BYOB policy. He spent six months searching for the right spot, which he found thanks to local developer Braun Enterprises and his representative, Andy Aronson of Gulf Stream Properties, at a former Pizza Hut on 18th Street.

“I don’t feel it’s so saturated an area like the Heights is,” Gordon says about Lazybrook/Timbergrove. “It’s a free-standing building. It’s going to have a cool little patio . . . I chose 18th partly because it allows me to build what I want to build inside.”

Gordon hopes to have the new La Vista open in approximately six months. The current location will close in May. Until then, the restaurant has been celebrating its run with throwback specials that consist of favorite dishes at discount prices.

Zach Wolf of Braun Enterprises says that the developer interviewed a number of interested parties for the space but realized Gordon would be a good fit for the property.

“When we first met with him, we were really excited about the opportunity to work with him,” Wolf says. “You don’t find many 3,000 square feet free standing restaurants in the inner loop, especially with 40 parking spaces. That’s why it was a unique opportunity for us.”

Smoked food doesn’t necessarily mean barbecue. Gordon says one dish will likely be a wood-fired sea bass with either smoked fennel or smoked Brussels sprouts. La Vista will continue to serve pizzas, but they’ll be a thin crust take on his current offerings. In addition, he wants to develop pasta dishes that are more unusual than spaghetti with meatballs.

If all goes according to plan, Gordon hopes the new La Vista will serve as a template for future locations. It’s a big risk to leave the neighborhood where he’s had so much success, but Gordon explains that he isn’t the type of person who plays it safe.

“I’m totally excited about this. I’ve put everything I have on the line with this thing,” Gordon says. “Maybe in the next lifetime I’ll come back and I’ll be safe. In this lifetime, I’m putting everything on the line. I truly believe risking it all for everything you believe in. The best investment I can make in is myself.”

Between the new La Vista, already successful concepts like Vietnamese-inspired craft beer spot Hughies, Rainbow Lodge, and the Barking Pig, and the possibility of future openings courtesy of a shopping center that Braun just purchased at 1900 W. 18th, Lazybrook/Timbergrove is shaping up to be the inner loop’s next restaurant destination.