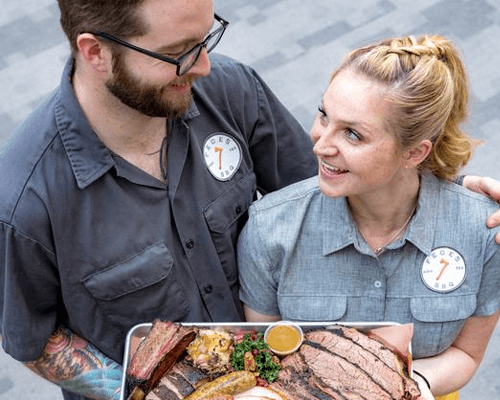 The husband-and-wife team announced Feb. 17 that the Spring Branch location would open in early 2021. It will be at 8217 Long Point Road in the Spring Branch Village shopping center and will operate six days a week, according to multiple media reports.

Feges BBQ opened its first location in March 2018 inside the Shops at Greenway at 3 Greenway Plaza. In April 2019, it made Texas Monthly's list of Texas' 25 new barbecue joints.

Co-owner Patrick Feges, who was already known for holding Feges BBQ pop-ups, focuses on the barbecue side of the restaurant. His wife, Erin Smith, focuses on Feges BBQ's business operations and creating new versions of traditional side dishes.