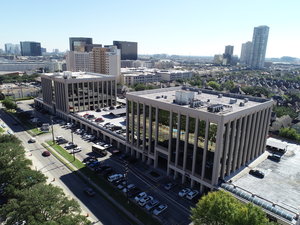 Houston-based Braun Enterprises purchased an office and retail complex on a prime parcel along West Alabama just west of the Galleria.

The deal was announced by HFF, which marketed the property for Wedge Properties Management Corp.

The 196,000-square-foot property at 5353 and 5373 West Alabama, presents an opportunity for Braun Enterprises to renovate, rebrand and restock with new tenants serving both the neighborhood and office occupants.

The complex, a 35,000-square-foot single-story retail space flanked by two six-story office buildings, is 54 percent occupied. The site, between Rice and Yorktown, also has a two-story parking garage.

Braun Enterprises has redeveloped a number of inner-city retail and office projects. The company plans an extensive renovation of the interior and exterior of the office buildings, along with a complete redevelopment of the retail space. The buildings were developed in the 1970s.

Braun Enterprises has acquired and developed more than 3 million square feet of commercial real estate since 1989.