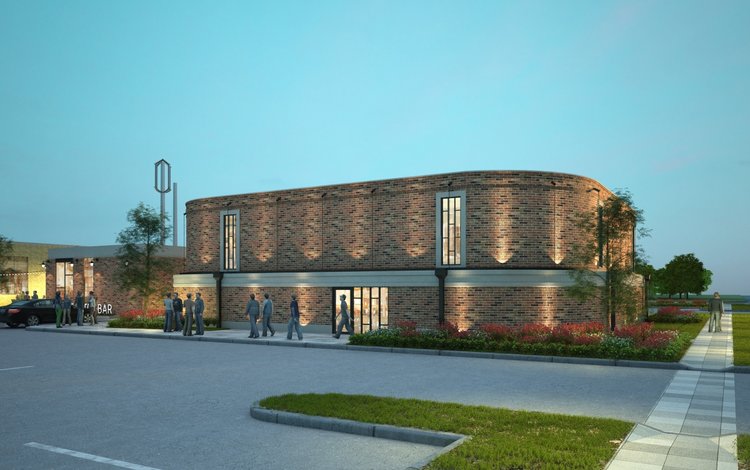 Another prominent restaurant has signed on to The Heights’ hottest development. Jinya Ramen Bar will join Common Bond, Hopdoddy, and Ripe Cuisine at Braun Enterprise’s Heights Waterworks project, the developer announced this week.

“We have been fans of Jinya Ramen for a while now and frequent the Midtown location since it is so close to our office,” Braun leasing director Zach Wolf tells CutureMap. “The Heights lacks a true ramen noodle bar, and we felt that it would be a perfect fit for the Heights Waterworks.”

Jim Wang, Jinya’s Houston franchisee, tells CultureMap that he had wanted to bring the California-based ramen restaurant to The Heights for some time but couldn’t find the right location. With the synergy created by its neighbors and a nearby Torchy’s Tacos, as well as the availability of approximately 135 parking spaces, he thinks the Waterworks will be a good fit.

“We feel it’s a good mix,” Wang says. “Hopdoddy, Common Bond, Torchy’s, Jinya, it’s a good combination. Customers feeds off each other from all these locations.”

Several ramen restaurants have come to Houston the past few years, but Jinya’s Midtown location has remained consistently busy. The restaurant expanded to Katy last year and has plans to open additional outposts in Springwoods Village (May), the Champions area on 1960 (June), and in Cypress at the intersection of Highway 290 and Barker Cypress (fall). Sugar Land is still on his radar. Timing on The Heights locations depends on how quickly Braun can turn the space over to Jinya, but it will be the Houston-area’s seventh outpost, including the original in Webster.

"For us, we like to open strategic locations that don’t cannibalize on each other," Wang says. "Other ramen shops have their fans. Our point is to open enough Jinyas so that all customers in Houston have one close by without having to drive to Midtown."

Wang cites several factors that have driven Jinya’s growth in Houston. He works closely the restaurant's corporate team on site selection and creating a build out that costs as much as $1 million per location. Even the physical bowls come from Japan at a cost of $35 each.

More than design, Jinya’s food draws crowds of noodle fans. The menu offers a diverse selection of different broths, toppings, starters, and sides. Wang works with mystery shoppers who evaluate every aspect of their experience. The company’s corporate research and development team creates monthly specials that earn spots on the menu if they’re well-received. Wang has a simple philosophy when it comes to managing all of this locations.

“If you want to be successful with multiple locations, you have to keep the standards very high and be very consistent on what you’re delivering to the customers,” Wang says.

Jinya, who was represented by Heather Nguyen and John Nguyen with NewQuest, will occupy 2,700-square feet next to Ripe in “Building B.”  Braun still has the almost 5,000-square foot “Building D” available for another restaurant, but Wolf says the company is “actively working with several great restaurants” to fill out the development.