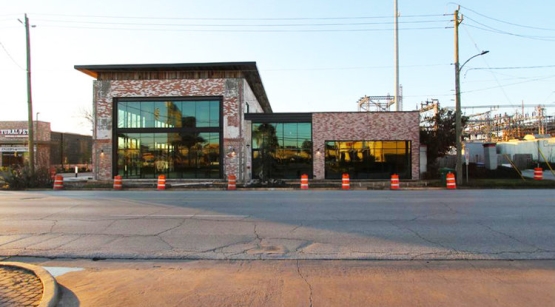 The office, at 1939 W. Gray St., will move a couple blocks east to 1939 W. Gray in Braun’s River Oaks Collection. It’s BHGRE Gary Greene’s only office inside the 610 Loop aside from its Bellaire office at 5909 W. Loop South, but the firm has about two dozen offices across Houston.

Braun Enterprises started redevelopment of the River Oaks Collection in 2015after assembling the three-building, 15,274-square-foot site from different owners. Last November, Kriser’s Natural Pet became the first tenant to open in the redevelopment. Panera is expected to finish building out its space around the end of April and open shortly thereafter.

As of August 2015, Braun was working on more than a dozen retail projects in the Houston area, and the list has grown significantly since then. The company recently bought property at 1805 W. 18th St. near Timbergrove, which is currently home to a Pizza Hut restaurant that will close in several months, and at 1848 Airline Drive, the home of Bellissimo Italian Cuisine and Half Price Pawn.

Earlier this month, Braun announced plans for a new, 24,000-square-foot retail development at 2401 N. Shepherd. Less than a mile away from that development, Braun is also at work on the redevelopment of Chippendale East Lake Antiques at 250 W. 19th St., just off Yale Street.

And back in January, Braun announced plans to purchase Jimmy's Ice House, a longtime Heights watering hole at 2803 White Oak, from owner Rose Garden Holdings. The developer is also partnering with Houston-based Baker Katz on the redevelopment of 1919 Washington Ave.— an historic building that currently houses Julep, a popular cocktail bar and Gulf Coast seafood eatery.