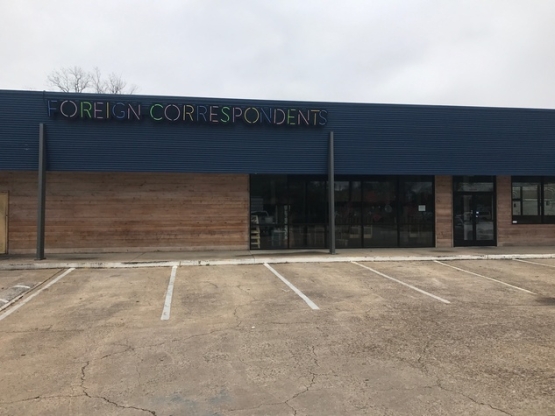 It didn’t take long for an enterprising restaurateur to claim the space recently vacated by shuttered Treadsack concepts Foreign Correspondents and Canard. Hughie’s Tavern and Vietnamese Grill, the popular neighborhood restaurant in Lazybrook/Timbergrove known for its extensive craft beer selection and family-friendly atmosphere, signed a lease with local real estate developer Braun Enterprises to open a second location in the space.

Hughie’s owner Philip Pham tells CultureMap that he had been looking at a property on North Shepherd for a second location, but he put that project on hold when he became aware of the opportunity to move into The Heights shopping center that's already home to acclaimed coffee and doughnut shop Morningstar and will soon be home to a Houston location of Austin gelato shop Dolce Neve. Other than some mild remodeling to add more wood to the walls and installing new fixtures, Pham doesn’t expect to make major changes to the space.

“For us, we really liked the opportunity to have a turnkey establishment,” Pham says. It only takes minimal renovations, and we should be able to open pretty soon. That’s the number one thing that appealed to us. The location is excellent.”

When it opens in mid-May, the new location, called Hughie’s Heights, will feature the same menu items that have earned the original wide acclaim: everything from classic Vietnamese fare like vermicelli bowls and rice platters to Southern classics like fried shrimp and chicken fried steak.

The Canard space will house a companion bar that will supplement Hughie’s signature craft beer selection with cocktails. Pham has hired Moving Sidewalk bartender Michael Molina to lead the program. “Mikey is excellent at creating craft cocktails, but it will be at a very approachable price,” Pham says.

One thing that won’t change is the attention the Pham family devotes to the business. Pham says he will oversee the new location with his uncle, while his brother Paul and his aunt will remain at the original.

“My goal is to achieve an atmosphere that’s really warm and welcoming,” Pham says. “We try to treat all our guests like they’re family.”