Deal of the Week: Even in Houston, Old Can Become New Again 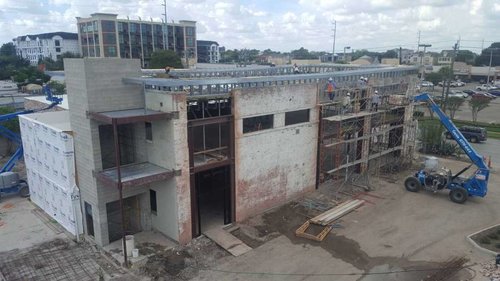 Houston-based Braun Enterprises has inked deals with two tenants at The River Oaks Collection on West Gray and is about to start developing another center down the street, closer to downtown.

In the River Oaks center, the company leased a 2,214-square-foot building at 1515 W. Gray to Kriser's Natural Pet for its fifth Houston-area store set to open Saturday. Panera Bread has leased 4,308 square feet in a separate building on site, at 1705 W. Gray, for a location to open next year.

The latter space is in a two-story brick building built more than 75 years ago.

Deals are in the works for the remaining River Oaks spaces. The property, just east of Dunlavy, formerly housed a nail salon, a passport photo shop and a warehouse.

Since 2011, the company has redeveloped more than 30 Inner Loop buildings into spaces for restaurants, including Revelry on Richmond in Montrose and Harold's in the Heights, and other retailers.

"It's hard for developers to make sense of developing a single-story retail or restaurant on land that has gotten priced up so much," Braun said. "We found a niche in buying certain things."

The company also is developing plans for a new 4,300-square-foot retail center next to the former Byzantio restaurant at 403 W. Gray. A Braun Enterprises partnership bought the building and an adjacent parcel from the family that owned the restaurant.

It has leased the former Byzantio space for a pub to be called Ship & Shield, from the owners of Kelvin Arms in Rice Village.

"There's a pretty significant pent-up demand for retail in the inner city because of the growth that's occurred over the last 10 to 15 years," Braun said.