Braun Enterprises Builds On Its Success 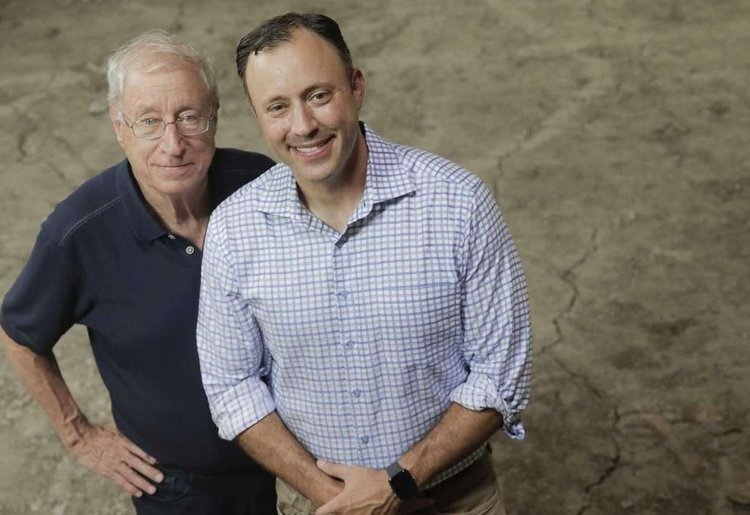 Fifteen feet from the curved, ultra-wide monitor where Dan Braun reviews land deals in his Fannin Street offices, the manual Royal typewriter his father Gabriel used when he typed the prospectus for his first deal sits encased on a glass shelf. An antique Voigtlander camera, one his grandfather Daniel carried in the single bag he carried when he left Bratislava for Israel in 1938, shares the space.

Braun’s company, Braun Enterprises, is a prolific redeveloper of urban retail properties with its own family history in retailing. It has purchased and redeveloped more than 90 properties since 2010; more than 50 of them Inner Loop retail locations. Today, it owns close to 50 properties with more than 1.5 million square feet under management.

“We’ve bought inner-city sites that had higher and better uses in being developed vertically,” Braun said, “but we chose to convert them into experience-oriented retail.”

The company brought in new brands like Torchy’s to anchor the old Harold’s in the Heights, followed by Revelry at 1623 Richmond and Prohibition and The Conservatory at 1004 Prairie, where the Mercury Room’s success signaled a return to vibrant nightlife in downtown Houston.

“Prior to 2012, we were mainly multitenant office and industrial guys, largely because we were distressed buyers during the downturn,” he said. “We bought undercapitalized, well-located office building in more desirable parts of town and fixed them up. As the economy improved, there were far fewer of those around. So, we started looking in the Inner Loop and making offers on buildings we could rehab.”

The plan, he said, was to focus on smaller local tenants in both retail and office projects. Thus far, it’s proven to be a recipe that has worked.

Braun said his understanding of the needs of smaller tenants is rooted in what he saw as a boy when he’d visit his maternal great grandparents’ dry goods store, The Fair Store, in Cuero, a little more than halfway to San Antonio.

Braun Enterprises may have found its inspiration in a small dry goods store, but its present form dates to 1989, when Gabriel Braun began investing in commercial real estate, putting together partnerships to acquire and reposition small light industrial properties, keeping downturn risk top of mind.

He converted the 1905 Peden Iron & Steel Building at 700 San Jacinto to a storage facility used by firms like Baker Botts. Between 1989 and 1995, he raised equity and acquired 1 million square feet of light industrial space.

Dan Braun described his father, who still plays a role in the business, as a contrarian.

“He believes that if everyone else is doing it, you should not follow,” said Braun. “He preached patience and the old-fashioned values that are the core of our philosophy.”

Those tenets include: Never chase a deal, don’t get emotionally involved in a deal, and focus on the underlying real estate, not the projected cash flow.

“Both parties need to win in a good deal,” said Braun. “My dad taught me that understanding what market rents truly are and the costs to operate the product type within a given market are truly what protects your downside. He always said, `Don’t worry about the listed price — offer what you think it’s worth.’”

Those guidelines served him well in his work as an analyst in the Leveraged Finance group for Banc of America Securities (now Bank of America Merrill Lynch) in New York, after graduating from the University of Texas with an undergraduate degree in finance. But Braun missed Texas and the intriguing way deals come together here. He believed that with hard work and his many relationships he’d formed growing up in Houston and at the University of Texas, that he could bring something new.

“I got great experience working in investment banking, but my next step was that I wanted to start a career and I felt like I needed an apprenticeship,” said Braun, 42. “I wanted a mentor who was smart and who cared about my development. With that, I thought who better than my dad?”

He returned to Houston and joined his dad’s firm in 2003, ready to learn management strategies and help grow the family business.

“We were only able to buy one property a year until 2010, as my dad preached that things were too expensive and we were heading for a serious downturn,” he said. “Dad had a tenacious approach to property management and showed me how if we built slowly, managing our downside, the upside would come.”

The younger Braun cut his teeth in the downturn, and the hardships of that time served to make him scrappy. Eight days after they closed on their first office purchase, Atrium I and II at 5909 and 5959 West Loop South, Hurricane Ike hit and blew the roofs off.

“We went under contract on 5909 and 5959 West Loop South — the largest deal we ever bought by a mile — in January 2008,” Braun said. “It was a contrarian play because it was super management intensive, with 127 tenants, mainly mom-and-pop offices, and doctors’ offices that had been there for years. Within eight days (of closing in September 2008), Hurricane Ike hit. We lost power and water throughout the buildings.”

He and an associate helped guide tenants up and down the stairs in the dark. “We got an MBA in Class B office buildings and it made us tougher.”

Braun Enterprises began selling its office and industrial holdings in 2013 and shifted its acquisition strategy to focus on Inner Loop properties suited for retail development and redevelopment. Consistent with Gabriel and Dan’s contrarian philosophy, the company implemented an acquisition approach focused on sites and buildings that the market generally viewed as tear downs.

Braun said that when the firm purchased the former site of Harold's in the Heights, now home to Harold's Restaurant and Tap Room, he promised the then-owners, the Wiesenthal family, that his company would make the building something special.

“We had a vision for 19th Street,” he said. “I could see that it could become something similar to South Congress in Austin.”

Michael Wiesenthal said he will never forget how wonderful the Brauns were throughout the process.

“I so appreciate the way the Braun family preserved so many of my dad’s favorite signs and memorabilia,” he said. “They even allowed me to pick up the vintage Coca Cola machine, one of my precious memories from my youth.”

“He has shown a unique ability to correctly predict development trends and capitalize on them while maintaining the integrity of the existing neighborhood dynamics,” Berg said in an email. “He has also shown the ability to survive the cyclical nature of the Houston real estate development market, predict market demand elasticity and correctly time his projects to maximize the return to the community and his investors.”

Another fan is Cyrus Bahrami, managing director for South Texas at Alliance Residential Co., which partnered with Braun on the Heights Waterworks project.

“The Heights Waterworks site included two tracts from the City of Houston and … we had to buy both if we wanted to win the bid,” Bahrami said. “The tract on the northwest quadrant of 20th and Nicholson was vacant and perfect for multi-family. The tract on the southeast quadrant of 20th and Nicholson, fronting 19th Street included three historic buildings that in my mind were better suited for a retail retrofit.”

Bahrami brought the Brauns in to handle the retail conversion on the historic building, he said, because they had done similar projects in the Heights and “word on the street was that they had excellent resources and always performed.”

Alliance, headquartered in Phoenix, is nearing completion on its Broadstone Heights Waterworks project, which consists of 309 apartments in an 8-story building. In the commercial component, three of the four buildings have been leased, leaving about 5,000 square feet to be filled.

“One of the things Gabriel instilled in his team is that no matter what, you work hard and that you are only as good as your relationships,” said Bahrami. “To do what you say you are going to do at all times. That’s gone a long way with us. If I’m going to be under contract on a big four-acre tract with the City of Houston, I need to be able to trust that my retail partner on the historic buildings can perform.”

Other projects the company has include 2401 N. Shepherd, a 24,000-square-foot retail development directly across the street from the new HEB in the Heights. Another project, at the site of the old Hickory Hollow at 101 Heights, will house a restaurant from chef Ronnie Killen of local steakhouse fame slated to open later this year or early in 2020.

Now, he’s looking again at smaller projects that can benefit from some repurposing.

“In the past 18 months, we have gotten back to buying 1980s vintage, small-tenant, low-rise office buildings with an underlying focus on the land that they sit on,” he said. “We purchased 5757 Woodway as well as an urban office project at 5353 and 5373 West Alabama, both sitting on more than four acres. We are repositioning both assets and look to have them stabilized in the next 12 to18 months.”