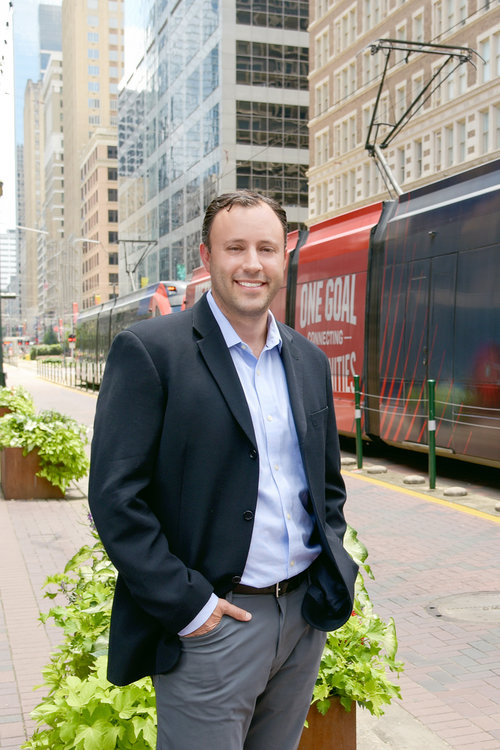 Schooled in his father Gabriel’s contrarian philosophy of investing, Dan has implemented an investment strategy that has been key to the successful evolution of the company. Between 2003 and 2009, the company maintained a patient approach to acquisitions, and it sold much of its industrial portfolio in anticipation of a downturn. Beginning in 2009—with the onset of the downturn and having strategically prepared to take the company to the next level—Gabriel, Dan, and their team began targeting certain distressed properties for acquisition, and became one of the most active Texas based real estate companies. From 2010 through 2012, the company acquired more than 1,050,000 square feet of properties in Houston, Austin and San Antonio. That space was a diversified portfolio of office, flex, light industrial, retail, and multi-family properties, many of which were purchased as owned real estate from financial institutions.

Beginning in 2013, Braun Enterprises began selling its office and industrial holdings, and shifted the company’s acquisition strategy to focus towards inner-city property that was suitable for retail development and redevelopment. Consistent with Gabriel and Dan’s contrarian philosophy, and beginning early in the current cycle, Dan has spearheaded an acquisition program that focuses on sites and buildings that the market generally views as tear downs, but that are actually well suited for experience oriented retail repurposing. Braun Enterprises continues to acquire many property types in different locations, but has concentrated most of its recent activity in the urban infill neighborhoods. It is the development and redevelopment in these inner city areas that has brought the company much of its recognition, and it is this set of projects that is most responsible for its reputation—for thoughtful developments that preserve the character of communities and improve the lives of the people that live in them. Since 2013, the company has acquired and repositioned over 50 properties Houston’s Inner Loop.

Dan began his professional career as an investment banker in New York City.  As an analyst in the Leveraged Finance group for Banc of America Securities (now Bank of America Merrill Lynch), his deals spanned numerous industries, with closed transactions totaling over $2 billion in value.

Dan graduated from the University of Texas at Austin with a B.B.A. degree in Finance. He is involved in various charitable and community non-profit organizations. Most of all, he enjoys time spent with his wife, Taryn and four young sons.